I had been in Kenya for a week and yet, this was the day I most anticipated. I had already experienced several game drives in two different areas.  Being on safari allows you to view animals in their natural habitat. It’s exciting, unpredictable and amazing – but it’s often from a distance. Today, I would be participating in a trio of touring visits that would include close animal encounters and a classic love story.  I was part of a small group travelling in 3 vehicles. The Kenyan government considered our delegation to be Very Important People and as such were afforded a police escort. I’m sure that it was partially for protection but it also enabled us to zip through any red light that dared slow our pace. Our first stop was the David Sheldrick Elephant Wildlife Trust.  I had read about the wonderful work and successful rehabilitation efforts by the organization. Their main focus are orphaned and injured elephants, but they also care for injured Rhinos. The eles*, as the locals affectionately refer to the behemoths, are housed in a private area and brought out to a public viewing ring. Hundreds of tourists and school children line the roped off arena as the young adult eles, trunks swinging, eagerly trot to the center. It’s feeding time!  The handlers, dressed in long green lab coats and sturdy rubber boots, push wheel carts to the center of the ring. The carts are mounded with jumbo sized “baby” bottles.  Daphne Sheldrick was the first person to have perfected the milk formula and necessary husbandry for infant milk-dependent Elephants and Rhinos”. That’s quite an accomplishment that has saved un-told numbers of lives. The older calves drink while holding the bottle with their trunks and after draining their nourishment drop their bottles to the ground.

Due to the crowding and my lack of height I was unable to secure an open space to take photos. The audience was 6 people deep and pressed tightly together, all eager for the best view. I weighed the options of pushing my way to the front of the group or going to the other side of the arena. I didn’t want to further the image of the pushy American and extracted myself from the mass of people. The crowd thinned the further I got from the elephants but I had an unimpeded view and was able to take photos. The juvenile eles were rolling in the red clay mud, scooping it up with their trunks and spraying it on their bodies. This is a natural way of protecting their hides from both sunburn and insect bites. It’s also probably just good fun.  Surveying my surroundings revealed that I was positioned next to a worn path. I wondered if I had gotten really lucky. If my guess was correct, that path would be the entry and exit route for the elephants. The resulting photos prove that I was in arm’s reach of the elephants. Indeed, I was able to gently touch these baby behemoths leaving me too, happily covered in red mud.

If you’d like to support or learn more about the orphaned elephants or just see some great photos access this link:

I would have spent the rest of the day watching the elephants roll in the mud but I had a date with a giraffe! Our group departed the elephant sanctuary and travelled to the African Fund for Endangered Wildlife Giraffe Centre. If, like me, you thought: if you’ve seen one Giraffe you’ve seen them all – you’d be wrong. The first thing I learned is that there are several types of giraffes and the Sanctuary housed four: The Reticulated Giraffe, Northern Giraffe, Masai Giraffe and Southern Giraffe. The second thing I learned is that, to sub quote the popular Katy Perry song, – I kissed a Giraffe and I liked it! Actually, the truth is more along the lines of I put a treat in my mouth and the giraffe gently took it from me. Since our lips didn’t actually touch I guess it wasn’t a real kiss. But, a girl can dream. I don’t often support this type of interaction between human and a beast that is supposed to be wild. However, it’s hard to ignore that affection for and protection of an animal is often symbiotic and therefore more likely to be successful.

If you’d like to support or learn more about the rescued giraffes, or just see some great photos, access this link: 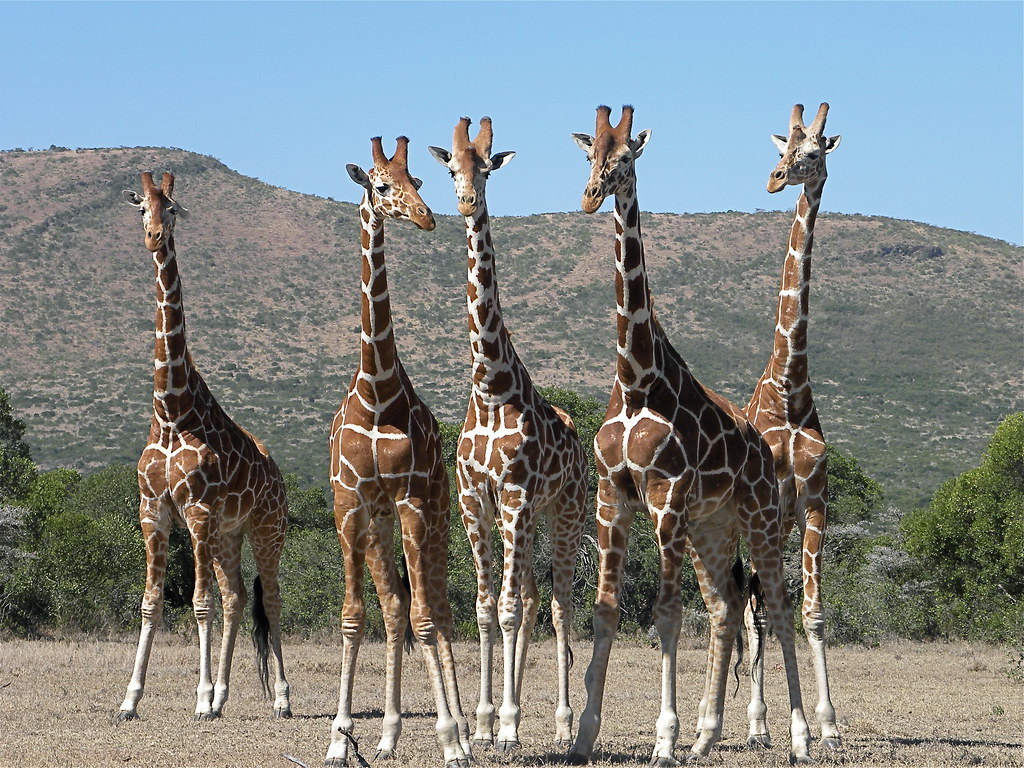 Karen Blixen House – “I had a farm in Africa – at the foot of the Ngong Hills” If you’re a fan of “Out of Africa” you will recognize this as the opening line of Karen Blixen’s memoir. The last stop on our touring trifecta was a visit to The Karen Blixen house. It was of less interest to me but many in our entourage were ardent fans of her book and the film, also entitled “Out of Africa” starring Robert Redford and Meryl Streep. The popularity of the love story between the married Karen Blixen and her paramour remains strong as was evidenced by the crowds present that day. The manor home, originally known as M’Bogani House, is situated on a beautiful piece of property overlooking the Ngong Hills.  I had not seen the incredibly popular movie but the tour guides offered a gentle caution to all newcomers that “Denys Finch Hatton was no Robert Redford.” I suppose I could be generous in my interpretation that they were trying to convey that Mr. Hatton was not an actor by trade. However, side by side photos of the two men provide confirmation that the comment referenced each man’s physical attributes. Robert Redford is handsome. Dennis Finch Hatton was not. Still, Karen Blixen fell in love with him and their love story is what draws thousands of visitors to the house annually.  There’s a romantic appeal to the grounds which are well kept and expansive. Much of the original furnishings remain in the home, further bringing their story to life. The house carries the hallmark of once upon a time wealth which eventually evaporated and unfortunately fell into disrepair. In the 1980’s it was refurbished with financial help from Universal Studios, the producer of the film Out of Africa, and opened as a public museum.

The solitary grave of Denys Finch Hatton marked by an obelisk and garden, is located on the slopes of the Ngong Hills, overlooking the Nairobi National Park.

If you’re an Out of Africa fan access this link:

Many years ago I became enamored of the 1994 movie “The Air up There” starring Kevin Bacon. The story focused on a Basketball Coach at St. Josephs, a fictional Christian college, and his relationship with a Maasai Prince. The Prince, named Saleh is an extraordinarily talented and tall athlete. The Maasai people, are an indigenous African tribe best known for wearing traditional red checkered wraps and their height. It is common to see a Maasai male over 6 feet tall. 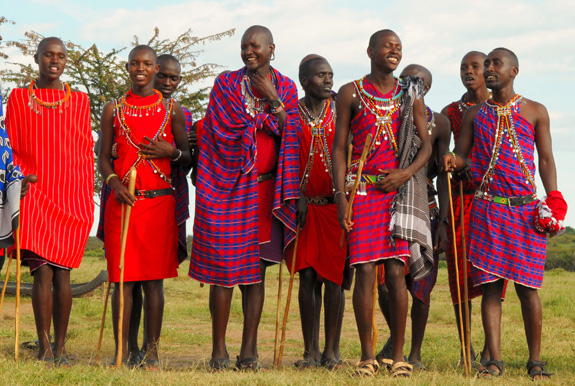 In the film the Coach travels to Africa to recruit the player to come to America. It’s a story about overcoming odds as the Coach challenges himself during a tribal ritual to win the trust of the tribe and succeeds. But, it’s also a lesson in respect towards others and accepting different cultures. The movie ends with the Coach achieving personal growth and Saleh coming to America to play for St. Josephs. My fascination with the film influenced my decision to visit the Maasai Mara. I chose to visit Amboseli Park.  It is one of the larger game reserves in Kenya, Africa sitting on the border of Tanzania in the shadow of Mt. Kilimanjaro. The name, given by the locals, translates to “salty dust”. The possibility of seeing Mt. Kili, its local name, was a factor when choosing my safari site. The reserve is best known for its many herds of elephants. Amboseli Park shares the land with the Maasai people. My resort, Serena Lodge, enjoys a unique relationship with the tribal members[DC1]  and offers several cultural activities. Handmade craft items decorate the resort and are available for sale. Traditional attire, songs and dance are woven into the entertainment offerings. It’s a successful program that fosters interaction between locals and guests.

A visit to a local Maasai homestead was available. Bumping along the dirt road to the village it was impossible to ignore the poverty.  A colorful welcoming committee of young male adults greeted us. I can attest that the director of the aforementioned movie “The air up there” was successful at recreating the village with a high degree of accuracy. What the village lacked was the aristocratic factor central to the movie plot.

Our local hosts demonstrated their jumping dance, each person trying to jump higher than the person before. The dancers encouraged us to join them and some visitors gave it their best effort. Rhythmic music was accompanied by chanting and I took delight in watching a cluster of 3- and 4- year olds smiling and bouncing to the drums.  Divided into smaller groups we were then accompanied by a Maasai host who welcomed us into their personal home.  Communal huts are constructed of straw and animal dung and are built primarily for shelter at night. The majority of life is lived in the open common areas. Men often take multiple wives and women raise and educate the children while men tend the livestock. Milk, blood and meat make up the majority of their indigenous diet and most supplement their earnings by crafting beaded jewelry and artwork. The pressure to purchase items was strong, and I did capitulate. I came away disappointed by the commercialism but justified it as a way to preserve their culture. My visit proved that the director of “The Air Up There” was successful at recreating the village with detailed accuracy.

My second encounter with the Maasai was during a program offered by the Serena resort. A rather gregarious and larger tribesman engaged me in conversation and invited me to the presentation on their culture. I was in between safari drives and accepted his invitation. Sitting with a small group of fellow tourists, we were entertained with local songs by a group of young Maasai. Maybe it was their teenage behavior or perhaps their cell phones but this interaction seemed less genuine as they were more interested in interacting with each other. Their discomfort at having to perform was obvious.  My discomfort pretending to be interested was less obvious. I did, however, learn that most Maasai wear sandals made from recycled tires. They make an odd fashion statement but the wearer will often brag he won’t need another pair for 20 years.

I enjoyed one final Maasai interaction on my last afternoon at the lodge. I ventured out to explore the resort’s quieter areas. I followed a path to the border of the game reserve on the edge of the Mara. I was drawn to a large pack of baboons and monkeys. As I was watching the primate-parade I noticed that I was being watched. A Maasai approached me to share some information about the animals and asked where I was from. He was quiet and reserved and it seemed as though I might have intruded upon his privacy. Our small talk continued until I asked about a particular plant. His answer was thorough and interesting and led to more questions. He started to walk into the woods and indicated that I should follow, and I did.  We continued walking through the woods as he called to my attention different trees, tracks and droppings left by animals. He explained how, as indigenous people, they used the plants for medicine and better health. 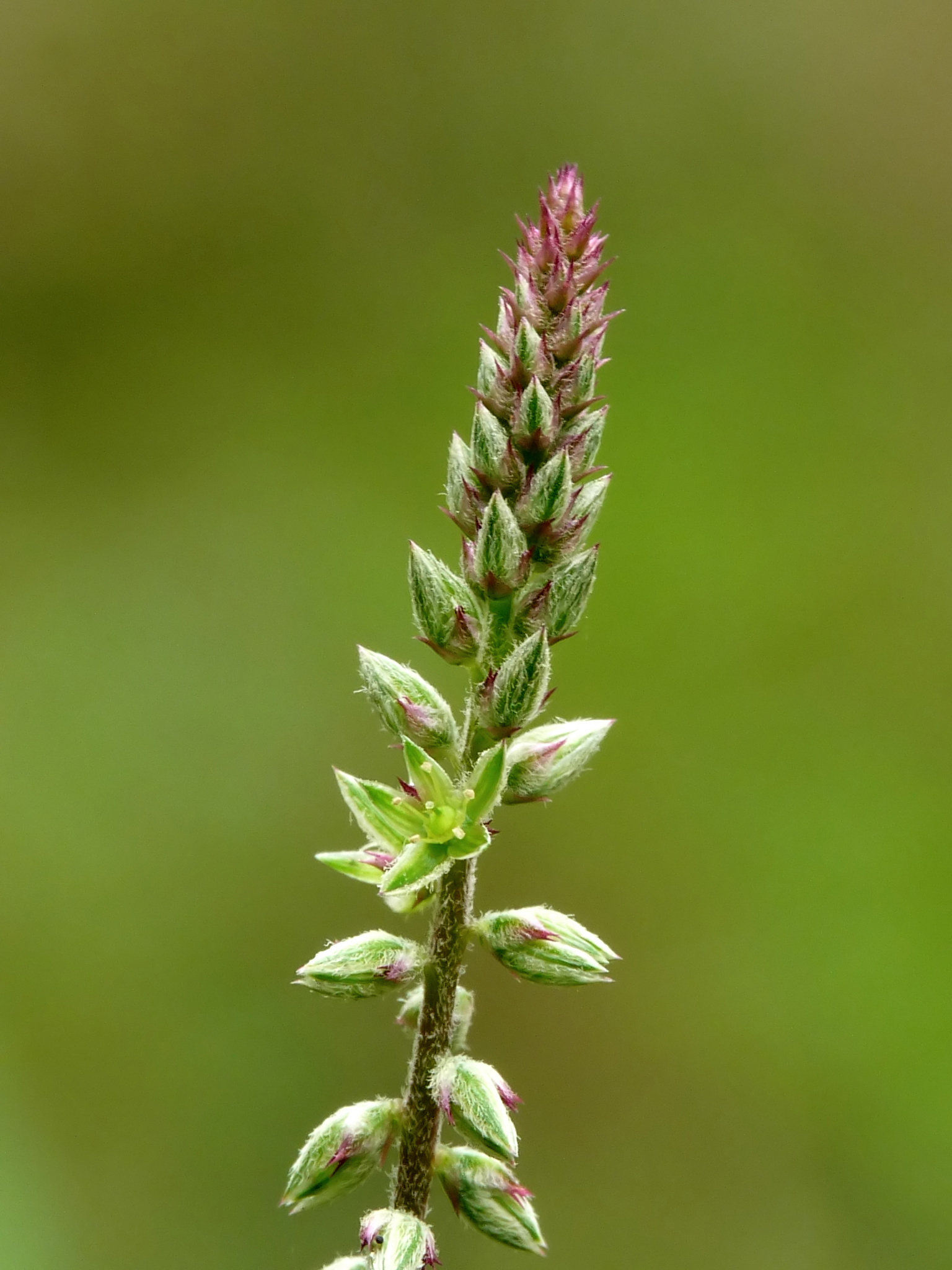 I had been advised to not take photos but, he was kind enough to pose for me. His reserved gentility is obvious in the photo. Of my three encounters it was the last, quiet walk through the woods that felt most authentic, less staged. I came away feeling trusted, privileged and enlightened.